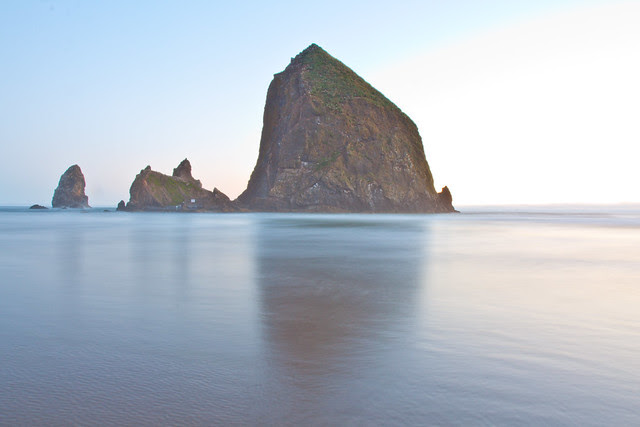 I am planning to write couple of NGEN/GAC related posts. I thought I’d share out some introductory notes about NGEN. This is for the a beginner managed developer.

Consider I have a math-library which has this simple C# code.

The C# compiler compiles this code into processor independent CIL (Common Intermediate Language) instead of a machine specific (e.g. x86 or ARM) code. That CIL code can be seen by opening the dll generated by C# compiler in a IL disassembler like the default ildasm that comes with .NET. The CIL code looks as follows

To abstract away machine architecture the .NET runtime defines a generic stack based processor and generates code for this make-belief processor. Stack based means that this virtual processor works on a stack and it has instructions to push/pop values on the stack and instructions to operate on the values already inside the stack. E.g. in this particular case to add two values it pushes both the arguments onto the stack using ldarg instructions and then issues an add instruction which automatically adds the value on the top of the stack and pushes in the result. The stack based architecture places no assumption on the number of registers (or even if the processor is register based) the final hardware will have.

Now obviously there is no processor in the real world which executes these CIL instructions. So someone needs to convert those to object code (machine instructions). These real world processors could be from the x86, x64 or ARM families (and many other supported platforms). To do this .NET employs Just In Time (JIT) compilation. JIT compilers responsibility is to generate native machine specific instructions from the generic IL instructions on demand, that is as a method is called for the first time JIT generates native instructions for it and hence enables the processor to execute that method. On my machine the JIT produces the following x86 code for the add

This process happens on-demand. That is if Main calls Adder, Adder will be JITed only when it is actually being called by Main. If a function is never called it’s in most cases never JITed. The call stack clearly shows this on-demand flow.

The benefits of this approach are

The benefits mentioned above comes with the overhead of having to convert the MSIL before execution. The CLR does this on demand, that is when a method is just going to execute it is converted to native code. This “just in time” dynamic compilation or JITing adds to both application startup cost (a lot of methods are executing for the first time) as well as execution time performance. As a method is run many times, the initial cost of JITing fades away. The cost of executing a method n times can expressed as

At startup most methods are executing for the first time and n is 1. So the cost of JIT pre-dominates. This might result in slow startup. This effects scenarios like phone where slow application startup results in poor user experience or servers where slow startup may result in timeouts and failure to meet system SLAs.

Also another problem with JITing is that it is essentially generating instructions in RW data pages and then executing it. This does not allow the operating system to share the generated code across processes. So even if two applications is using the exact same managed code, each contains it’s own copy of JITed code.

From the beginning .NET supports the concept of pre-compilation by a process called NGEN (derived from Native image GENeration). NGEN consumes a MSIL file and runs the JIT in offline mode and generates native instructions for all managed IL functions and store them in a native or NI file. Later applications can directly consume this NI file. NGEN is run on the same machine where the application will be used and run during installation of that application. This retains all the benefits of JIT and at the same time removes it’s overhead. Also since the file generated is a standard executable file the executable pages from it can be shared across processes.

One of the problem with NGEN generated executables is that the file contains both the IL and NI code. The files can be quiet large in size. E.g. for mscorlib.dll I have the following sizes

Read up on MPGO tool on how this can be optimized (http://msdn.microsoft.com/library/hh873180.aspx)

Another problem NGEN faces is fragility. If something changes in the system the NGEN images become invalid and cannot be used. This is true especially for hardbound assemblies.

Here we have a simple class whose variables have been modified. If we look into the MSIL code of the access it looks like

The native code for the variable access can be as follows

The code generation engine essentially took a dependency of the layout of MyBase class while generating code to modify and update that. So the hard coded layout dependency is that compiler assumes that MyBase looks like


The base address is stored in eax register and the updates are made at an offset of 4 and 8 bytes from that base. Now consider that MyBase is defined in assembly A and is accessed by some code in assembly B, and that Assembly A and B are NGENed. So if for some reason the MyBase class (and hence assembly A is modified so that the new definition becomes.

If we looked from the perspective of MSIL code then the reference to these variables are on their symbolic names ConsoleApplication1.MyBase::a, so if the layout changes the JIT compiler at runtime will find their new location from the metadata located in the assembly and bind it to the correct updated location. However, from NGEN this all changes and hence the NGEN image of the accessor is invalid and have to be updated to match the new layout

This means that when the CLR picks up a NGEN image is needs to be absolutely sure about it’s validity. More about that in a later post.