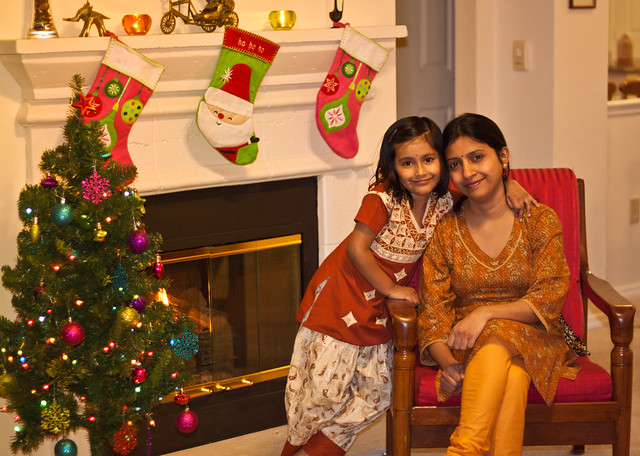 I have really thought a lot over posting this. This is a very personal post. I could either keep it to myself or share this to let others going through the same know its OK to be scared. If you are here to read about programming and other fun stuff, go save yourself some time and skip this post.


The three week of wait

My wife was having a low-grade fever for 3 weeks. Unfortunately it coincided with a number of small symptoms. This made the spine specialist diagnose a slightly herniated disc, the internal medicine doctor diagnosed some sort of infection and the allergist a pain killer (Diclofenac) related allergy. Later when nothing seemed to clear it up, we were told its most likely an auto-immune disease. Test after test revealed nothing other than an elevated ESR and CPT. Apparently there was an inflammation going on inside her body. This is when we decided to cancel her home trip to India as the 24 hour travel was simply not possible with the back pain associated with the herniated disc.
All this while the doctor’s kept going by the book. I feel this is something to do with the fact that doctors in the US are forced to be in a state of perfect equilibrium due to the opposing forces of lawsuits from patients (doctor didn’t do enough) and push-back from insurance companies (doctor is doing too much). We were told time and again since her fever is not over 101F and it’s not been there for more than 3 weeks, there is no further testing required. Read up Mayo-clinic or Wikipedia on Fever of Unknown Origin and you’d see this as the criteria for getting concerned. However, my wife all the while could easily tell that something else was going on and she is feeling different. In other countries the doctors would have run atleast a chest X-ray by this time. IMO the risk of additional radiation was easily worth it given her condition.
By this time we had been to five specialists and were waiting for the sixth, the rheumatologist to make the final diagnosis of some auto-immune disease. The spine specialist grudgingly decided to do an additional MRI (the second) of her entire pelvis. We went for that second MRI on Saturday 7/23/2011. Our primary care physician however, was worried. He kept calling us to enquire how she was feeling. While on the way back from the MRI, he called us up again and asked us to come visit him on Monday, for further evaluation and maybe some full body scan. We could feel the edge in his voice. May he be blessed for the care he showed.
We were learning that the hardest part of being patients was really to have the patience.


The end of wait

We went home and I asked my wife to try some Yoga breathing exercises called Pranayama. She tried that and went to sleep. At this point in time we crossed the 3 weeks threshold and thankfully her fever crossed the 101F mark. Next day was a Sunday. She woke up feeling worse and had a weird feeling in her chest and a huge rash on her leg. Really worried we rushed to the Bellevue Overlake ER room.
Within minutes her vitals were checked and she was put on a bed. The doctor re-diagnosed some auto-immune disease and setup an appointment for the next day. Then he did something which should’ve been done weeks earlier, ordered a chest X-ray. He left the room and went to casually check the x-ray, then came rushing back.
He asked my wife when she had the last X-ray. It was in 2007. The doctor’s face told us something is terribly wrong. He said there is a tumor in-between her heart and lungs. Clinically it looks like a Lymphoma. My wife responded by a Vasovagal response. Which essentially means she had a fit, fainted and her pressure hit 45/60 and pulse was at 40. Somehow for me everything slowed down, as if life was on slow-motion. I could process everything going around, I could talk to the doctor and figure out the next steps. No idea how I pulled that off. Our life changed at that very point. The C word entered our lives. I thanked myself for asking her to do the breathing exercise, which exercised her lungs enough to surface the discomfort that sent us to the ER. Her left lung was only half opening due to the tennis ball sized tumor.
She had a CAT scan within 10 minutes. Now we had the 3D image of the tumor, it looked like a Lymphoma to the doctor. I sat with him for 15 minutes seeing the slides myself. I asked all the questions I could think off. Biopsies were ordered and we headed home, in stunned silence. She was only 34 and was perfectly healthy 3 weeks back, travelling across Washington to Palouse.
The kind words provided by the ER doctor provided too little to console my wife. However, I vaguely remember coming home, ordering a bunch of camera equipment for portrait photography and the Kindle version of the book The Emperor of All Maladies: A Biography of Cancer. The book was recommended by the ER doctor while talking about how much cancer medicine has progressed. This is a Pulitzer winning work by another bong Siddhartha Mukherjee who seemed to have poor skills in choosing and hence studied in all of Stanford, Oxford, Columbia and Harvard.
I really have no idea why I bought those stuff and didn’t even remember do so until I got some emails informing me that I have indeed ordered them.

The very next day Monday 7/25/2011 the Oncologist called us, and he told that he has setup the first set of fine needle aspiration Biopsy (FNAC). As my wife was in the Radiology room getting her Biopsy done, I got the phone call from the spine specialist. Remember he ordered a pelvic MRI on Friday. He started by saying he sees some abnormality on the sacral bone. I told him about the Lymphoma and he said, they should be related and asked for the contact info of our Oncologist.
So now Cancer has spread as well. For the first time in my life I publicly broke down sobbing un-controllably in the Overlake Hospital Café. I then rushed up to meet our oncologist for the first time and handed over the MRI discs to him.
Two days later on Wednesday 7/27/2011 we got to know that not enough tissue was available from the biopsy. They can see the abnormal cancer tissue but for further sub-typing they need to have more samples. So Biopsy of the sacral bone was ordered as well. Thursday we got that done. The doctor called us many times letting us know of the progress and that the best lab in NW in Seattle is going through the slides. Finally we got the full diagnosis of Nodular Sclerosing Hodgkin’s Lymphoma and it’s Stage IV.
Then on advice from friends we looked up Seattle Cancer Care Alliance and we are going there for treatment. Right now they are relooking at all the cytology slides to re-confirm the disease and my wife is going through a bank of tests to ensure she is ready for the chemo that’s going to start in the next week.
My wife want’s to know why it took the most advanced medical system in the world, 4 weeks for the diagnosis, especially when the test required was just a chest X-ray. All the while five doctors chose to just wait around when she could exactly point with her finger the point on her spine where the second cancer tumor was. Why was it not caught in her last yearly exam? The reason was simple even the basic tests are not done in the US in yearly exams. I am sure it’s something to do with the costs. In India a yearly exam is extremely thorough. I am sure they go overboard and expose people to X-ray and such but in case this was still going on, it’d surely have been caught.
However, once this was diagnosed things started moving extremely swiftly. Doctors kept calling other doctors and pathologists. Multiple people were examining and cross examining the CT video and cytology slides. Doctors were calling us back to let us know of the progress and telling us to be brave.


How are we coping

I have known my wife for the last 50% of my life. She was my high-school friend, and we fell in love just before moving onto college. Marrying high-school sweet heart has it pros and cons. She knows all my crushes and flings which I foolishly confided in a friend who turned into a wife later :). She has been there hand-holding and steering me through all the while. She stood beside me and continually, supported me as I rose from an average student in an unknown college to get into the top 10 in the university. I completed my BS-Physics and then chose Computer Science, she was beside me in the queue to submit the application. She was hanging out in the hotel lobby when I interviewed with Microsoft 7 years back in Delhi. She was always there.
After getting my first job in Texas Instruments I just couldn’t cope with the distance. We got married in 3 months and she joined me in Bangalore after 3 more months. We had by that time known each other for 6 years. Our 10th marriage anniversary is just 6 months away. We are going to hit 16 years of togetherness. In this time we have moved homes across 3 cities in India, moved across the oceans and settled in US. Had our daughter who is 6 year old. In this time she had lost her mother to cancer and I lost my father to COPD and my thyroid due to suspected cancer tumors. So we have/had a roller coaster ride, a ride we thoroughly enjoyed.

Now the roles have reversed. It’s now my turn to fight the battle and steer her through. Unfortunately the human body is not just a computer for which I could write a garbage collector to go cleanup all the garbage-cells. I am used to have all the nodes of the decision tree fully expanded. Mistakes usually involves retracing ones step and re-routing. Both of these don’t work in this situation.
However, I plan to be agile, do my research and work with the doctors to provide the best care my wife can get. I will surely learn a lot of lessons of life on the way


Time to count the blessings

While I can crib about how life is unfair and how this shouldn’t be happening to me. But that doesn’t really add value. When I look around I can actually see a lot of blessings that’s been showered on us. I also learnt that this is the time to move pride out of the way and ask for help, there are so many around us who just need the cue to do something


What am I asking for

Nothing really. If you are religious, just pray to whomever you believe in to give us strength to pull us through. This post was just so that I can get this whole thing out of my system and concentrate on solving the issue at hand. If you are a friend or family just bear with me if I am suddenly withdrawn of plain irritating.
Posted by Abhinaba Basu at Monday, August 01, 2011 12 comments: