Back To Basics: Memory allocation, a walk down the history 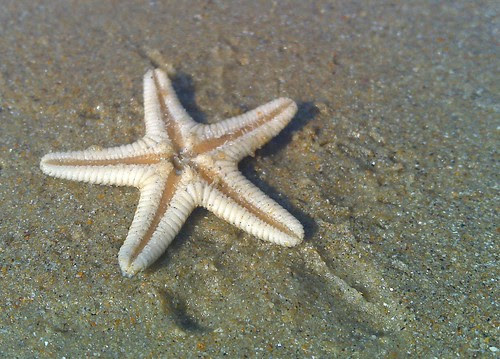 This is a part of a series of post on GC. See the index here

However, that didn’t really mean that there was no advantage is the simplistic approach taken by these early languages.

This is the simplest allocation option and was supported by initial languages like Fortran (early 50’s). All memory was allocated (reserved) during compile time and variable names were bound to the target memory and frozen. This had some serious limitation like variable memory couldn’t be supported. In case memory usage might vary the developer simply allocated the largest size he anticipated and used from it.

This also meant that size of all Data Structures were known at runtime (e.g. fixed length arrays, no link-lists). Since name binding happened statically, simple things we have come to expect over time like recursion was not possible because the second instantiation of a method would mean that same variables are accessed and since names are bound to addresses statically they would over-write data.

Even though this seems to be pretty restrictive this had some advantages. The most obvious is robustness and predictable behavior. Since there are no runtime memory allocation, there is no possibility of running out of memory (so no OutOfMemoryException :) ). The execution was also very fast because there is no memory to manage and no stack/heap to tear down. Moreover the compiler could emit direct memory accesses instruction without going through any indirection (as symbol->address mapping doesn’t change).

The first languages to bring in stack allocation was Algol in late 50’s. This worked past some limitations of static allocation by supporting memory frames that got pushed onto the system stack as procedures were called. What this meant was that based on the input parameters of a method it could push a different sized frame and hence had variable memory allocation (atleast for method local variables). However, return value had to be of fixed size (fixed by compile time) because the caller would need to know how much was left behind by callee on the stack.

Recursion was possible because every invocation would have it’s exclusive frame, and hence when a method returned the frame would unwind (pop) and memory allocated by it would be no longer available to the callee.

Obviously with this came reduced robustness because based on control flow the program could get out of stack and the additional stack management overhead reduced speed (though not significantly).

Funny to call it so but this is the state of the art in memory allocation :) and has remained so for a long time (with some improvements).

With heap data could be allocated in chunks of variable size and later de-allocated. There is no ordering requirement in-between the allocation and de-allocation unlike the stack frames where callee memory gets deallocated before the caller. So now it was possible to allocate and pass variable sized memory around (e.g. from Callee to Caller). It was easier to manage memory better, e.g. by using growable non-contiguous lists over arrays, model data closer to their real life existence like a tree.

With the heap allocation life seemed simpler at first but actually became harder. Robustness nose-dived. Memory allocated dynamically had to be managed carefully because if allocated memory is not de-allocated after it’s use is over, it becomes garbage and un-available (called memory leak) and slowly runs out of space. At the end the dreaded out of memory scenario comes up where there is no more memory left to be allocated to the requestor and the program fails to continue. Heap allocation is also a costly operation and can have severe perf implications.

Even with all the tooling support it still remains hard to locate memory leaks and constitutes one of the harder classes of bugs to be tackled.

LISP in 1959 started a new technique called Automatic Memory Management known by the more popular term Garbage Collection (GC). This tries to address the memory leak issue by needing explicit memory allocation but removing the need to de-allocate memory. Instead it provides language facilities that actually hunt down the un-used memory and automatically free them without user-code intervention.

As you might guess that even though GC increases robustness and reduces coding overhead significantly it also has performance implications. This makes using GC in hard in a whole bunch of scenarios. E.g. you typically do not expect to see a GC being used for a real-time system or a system driver (but there are exceptions to this as well); but you do expect to see it in a web-development platform that manages huge amount of memory and can sometimes live with a bit of response delay when the GC is actually running.

Putting it all together

Most modern programming languages support all three forms of storage. E.g. C++ or C# supports all 3.

Even though all of them might be available at the same time, the choice of usage is key to ensure robustness and meet performance goals of a program. Unfortunately a lot of developers take a casual approach to it and later land up into trouble when the memory foot-print become larger and harder to handle.

Here foo is called in recursion. If MyType is of significant size and we use option-1 of using stack allocation then the depth of recursion supported by the method will be significantly reduced because each function call will need additional stack space to accommodate MyType. However, if we use heap (Option-2) then the stack needed will be significantly lower (increase in depth of recursion) but since heap allocation is much slower the speed will suffer. Based on the size of MyType, the need of the program the allocation would have to be carefully chosen.

Based on target domain different languages have chosen