This Halloween me and my daughter decided to add some dazzle to her fairy costume. Since we were anyway learning to code on Arduino we decided to dip our hands in wearables.

The basic idea is to build a costume that glows when someone comes close. The project was intended to teach a 9 year old to code and is hence simple enough for her to grasp. We used the following

It’s best to consider the circuit as two separate pieces. One to acquire the distance of someone approaching using the HC-SR04 ultrasound range finder. The second is to actually make the LED strip glow. 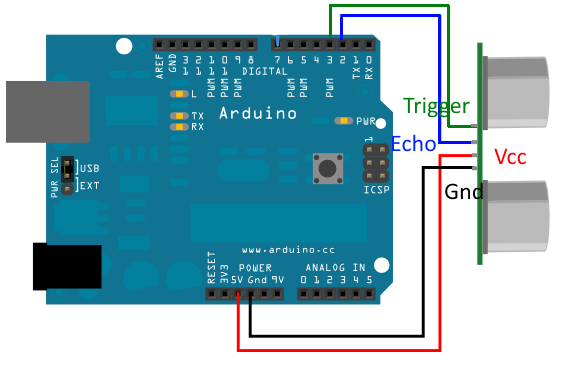 We cannot simply drive the LED strip using an output pin of Arduino because the strip drains way more current than that can be supplied by the Arduino chip. So we use a TIP120 or TIP121 chip as shown below There is a nice explanation of this whole setup at http://www.instructables.com/id/Use-Arduino-with-TIP120-transistor-to-control-moto/. The same principles hold, but instead of a fan we use a LED strip in our case.

The entire code is available on GitHub at https://github.com/bonggeek/GlowDress/ (I cleaned up the code a tiny bit after my daughter wrote it). This is how it looks

Here to abstract away the intricacies of how distance is received from the ranger, I have used GetDistanceInCm. The source for this library is at  https://github.com/bonggeek/GlowDress/tree/master/UltraSonicRanging.

Once we tested out the circuit we went ahead and soldered it on a board. My daughter did receive a battle scar (a small burn from iron) but we battled on. 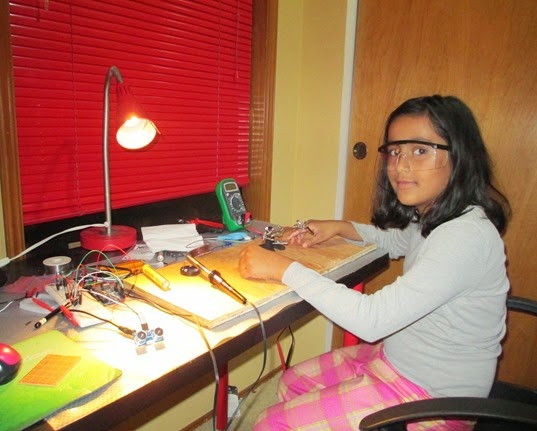 This is how it looks partially done 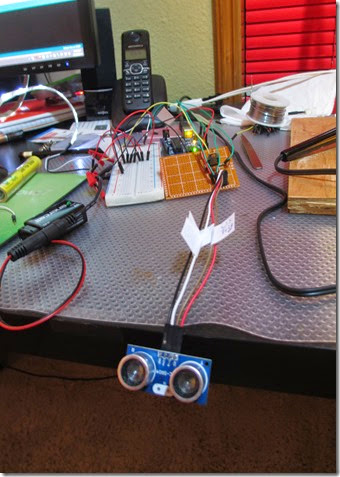 With my wife’s help we sewed it underneath her fairy dress. It was pretty well concealed other than the sensor sticking out a bit. 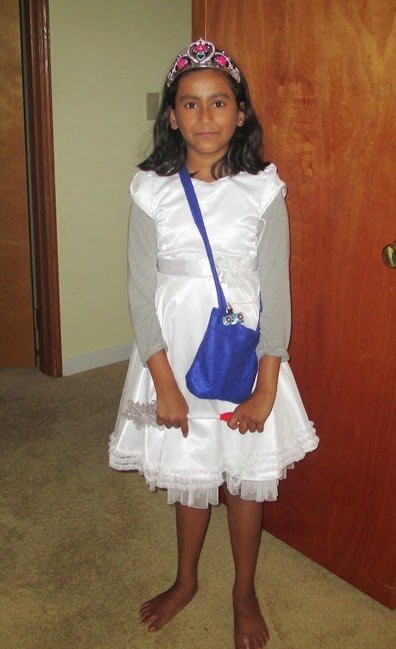