The word pitch can have many meanings, but in case of the code pitching it is used in the sense of “to throw away”.

The desktop CLR never throws away or pitches native code that it JITs. However, the .NET Compact Framework CLR supports code pitching due to the following reasons

Obviously code pitching has performance implications and can result in the same method being pitched multiple times. You can monitor code pitching in Remote Performance Monitor. 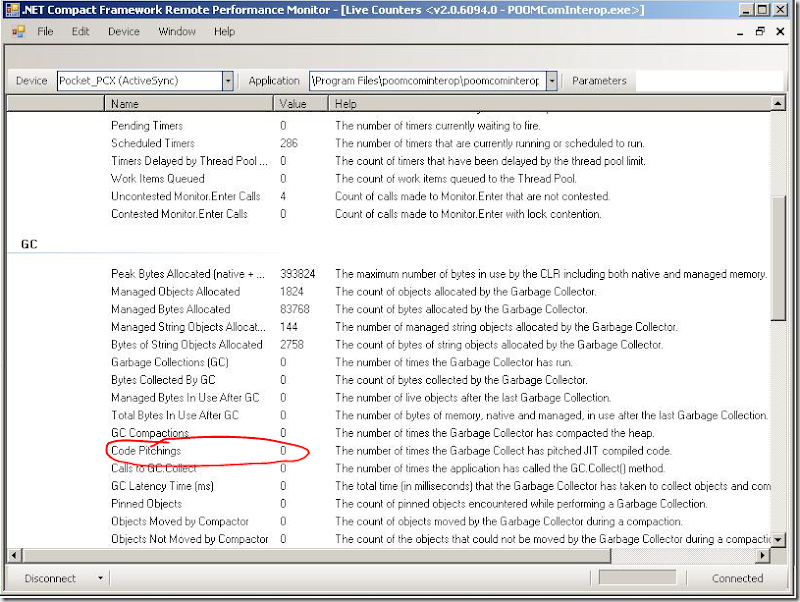 As the name suggests the GC does drive code pitching but they are not essentially related. E.g. if user code forces GC by System.GC.Collect() code pitching is not done. Code pitching is primarily driven by real low memory scenarios.

Caveat: While pitching the CLR ensures that it doesn’t throw away any JITed method on the current managed execution stack. No points for guessing why that is important.