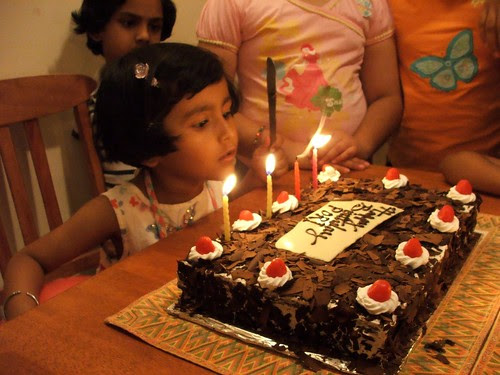 Reference counting (refcounting) GC is one of the two primary GC mechanisms widely used. The basic workings of this GC is pretty simple and based on counting the number of reference to a memory block (or object) from other blocks. Each time memory is created or a reference to the object is assigned it’s refcount is bumped up. Each time a pointer is assigned away from it the refcount is reduced. When refcount of the block goes to 0, it means that no pointer references it and hence it is un-reachable and is garbage and can be reclaimed.

As the execution flow mutates the state of the program, the refcount of each object is updated transparently and the block is freed when refcount hits 0. As you might guess this record keeping and collection can be implemented in various ways. Here I discuss one of them…

For each object the refcount has to be stored in some place. Since this field will be accessed very often it’s best to keep it inside or close to the object to preserve spatial locality of reference which has a lot of impact on performance (by ensuring good cache hit ratio). One of the approach we can take (which is most common) is to add a small header to the start of every object allocated. So each time allocation is asked for a object we allocate sizeof(header) + sizeof(type to be allocate). The memory layout looks like

The header structure we choose is

For every pointer updation the affected objects’ reference count has to be updated. E.g. for a pointer assignment of sort l = r the following needs to be done

However, this function has to be called for all pointer assignments and even when pointers go out of scope. This is the tricky part and is achieved by various ways

The final piece is actually freeing objects when their reference count goes down to 0.

Even though this seems straightforward it is actually lacking a crucial block. Consider the following reference graph

Here if object 1 goes out of reference and gets reclaimed by GC_ReleaseRef then recursively we need to check (and free if required) all other references held by it. So in this particular case object 4 shouldn’t be freed (as object 2 has a ref to it) but both Object 3 and Object 5 needs to be freed. So the full method would be something like

The additional part are the lines in red. The assumption is that Get_Child returns all other references held by the object and we recursively free them. However, actually implementing Get_Child is hard. One of the mechanism used it to maintain compiler/type-system generated reference mask which I will cover that as a part of mark-sweep garbage collection.

Reference counting GC has a primary disadvantage. Which is used on it’s own it completely fails to handle circular references. Consider the following reference graph

Here Object2 refers to Object3 and vice-versa. Now if Object 1 releases the reference marked in red then both Object2 and Object3 becomes un-reachable and garbage. However, since they refer to each other both will have a refCount of 1 and will not get freed. To handle this situation ref counting GC is never used on it’s own. It is used in conjunction with some other GC like mark-sweep which is run periodically to clean these circular reference leaks.

Refcounting GC adds significant code/perf bloat as for every assignment calls to update refCount has to be added. Moreover, for multi-threaded system it can prove to be a major issue as locks have to be taken when updating refCount. Even the most performant atomic operations (e.g. Win32 InterlockedIncrement) are costly when used repeatedly. The header space cost which seems petty also eats into the system because for small objects they cause significant overhead. E.g. for an allocated int32 it adds 100% overhead (as the header is also 32 bit value).

Advantage besides being easy to implement is that objects gets re-claimed the moment they become garbage. This means if objects support destructors/finalizers then these are run pretty soon and system resources held by them return to the OS faster.

Reference counting GC ensures that the collection is distributed over the whole period of execution and hence for interactive system doesn’t result in system freezes like say mark-sweep GC does.