Back To Basics: Handling overflow in mark stage 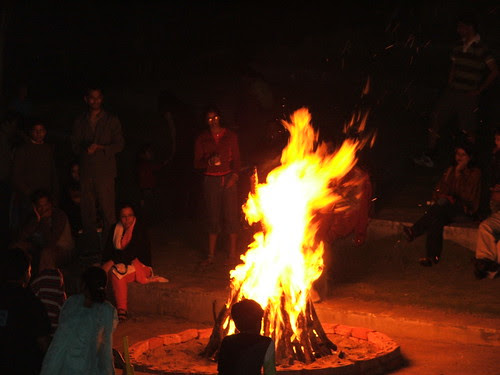 This post is Part 7 in the series of posts on Garbage Collection (GC). Please see the index here.

Let’s first recap the basic algorithm of the mark-sweep garbage collection. In C like pseudo code the algorithm looks like

This algorithm is by nature recursive where in the marking phase we recursively mark every object and it’s children. However, recursion is not optimum in terms of both time and space usage. Each method call comes with additional overhead which is particularly more bothersome because GC is anyway run when the system is low on resource.

Using explicit marking stack we have removed the need for recursive algorithm. Now this is more deterministic and it is easy to figure out when the heap graph is too deep and the stack actually overflows (at the point of push we can check for g_MarkStack.IsFull())

Explicit stack makes detecting and handling of stack overflow easier. It doesn’t however, remove the issue. The first cut attempt is to reduce the number of items being pushed into the stack. Objects are pushed onto the stack so that they behave as branch points so that once a child has been marked we can come back to it’s parent and branch off and mark it’s other children. So simple fixes like only pushing in case an object has two or more children does help in reducing the overflows

However, whatever method we try there will be large objects trees where the stack will run out of space and that needs to be handled.

.NET Compact framework uses a two level fall back scheme as explained below.

The basic mark stack used is a grow-able stack buffer which can grow to max 4KB. In case this overflows another small fixed sized stack is used which is called the overflow-stack. Objects where the overflow happens while marking are pushed on to this overflow stack. The children of these are not traversed.

This means a part of the tree is left out from marking and growth of the mark stark is kind of contained. The mark buffer unwinds and marking is started back on it. In the next pass marking is restarted considering the objects on the overflow-stack as roots. This is done iteratively. The idea here is that with each such pass, more and more of the tree is marked and hence the marking finally converges.

For really deep trees even the overflow-stack can overflow. To handle this the following steps are taken

The very design of the .NETCF GC is to cater to low memory devices. Hence it very rarely needs to use the fall-back. The design ensures that GC is optimal for low memory usage but can scale up (albeit with perf cost) for large memory as well.