Who halted the code 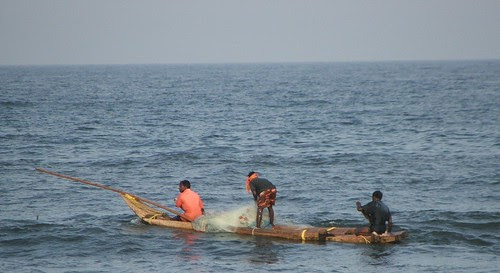 Couple of weeks back I was kind of baffled with a weird issue I was facing with the .NET Compact Framework Jitter. We were making the Jitter work for Symbian OS (S60) emulator. The S60 emulator is a Windows process and hence we needed to bring up the i386 Jitter in our code base. After running some JITted code the application would stop executing with the message "Execution halted" in the stack trace.

Now obviously the user didn't halt anything and the program was a simple hello world.

However, our Jit code had a bug such that in some scenario it was not emitting function call/returns correctly. So instead of returning we were executing arbitrary memory. But instead of some sort of access violation (or some thing equally bad) the execution was actually halting.

The reason was we started executing un-initialized data. Now this data is 0xcccc. The S60 debugger uses interrupt 3 (INT 3) for inserting breakpoints and the following line reveals the rest of the story

For i386 the instruction used for inserting breakpoint and the pattern used for un-initialized data matched and the debugger thought that it hit a breakpoint.