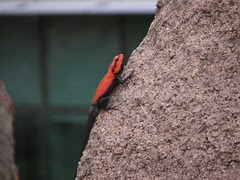 The clock is ticking and the Large Hadron Collider in Cern is going to get switched on today (9/10/2008). Even though there are speculations, CERN is claiming it's perfectly safe and the world won't end. But it's easy to claim that, who'll be around to prove them wrong in case they are :)

It's one of the coolest device at an operating temperature of < -270°C. But I'd get really angry if there's any disturbance to my Birthday celebrations!!

Email ThisBlogThis!Share to TwitterShare to FacebookShare to Pinterest
Labels: Everything Else

I was telling Amit yesterday that I'm going to watch the live feed at midnight here. If I'm going to be obliterated I might as well watching it