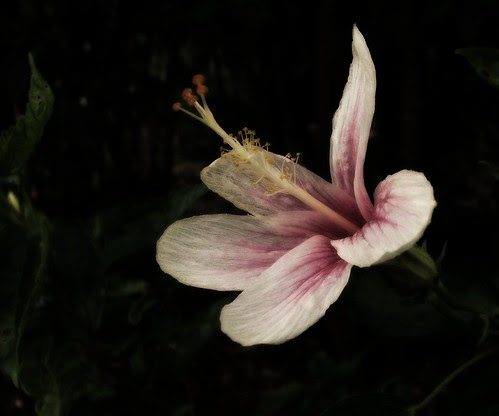 <sorry for the total off-topic />

I had a real hard time giving a title to this post.

The post was originally supposed to be about the fire I saw yesterday in a movie theatre Talkie Town (map). However it is not really about the fire, it is more about the people and how they reacted to it.

Folks who know me, know that I go to a movie theatre once in couple of years, I prefer movies visiting me rather than the other way around. In the 4 years I'm in Hyderabad, this was my 3rd visit to a movie. So I can say it was a momentous occasion when me and my wife impromptu decided to see a movie in the 2 screen theatre in Miyapur called Talkie Town. The decision was heavily biased on the fact that my father-in-law was at home looking after our daughter.

Batman  (or rather The Dark Knight) lost to my wife and I was forced to see this bollywood flick Kismat Konnection.

This is where all the fun started. Just after the interval (1.5 hours through, and yes bollywood movies are that long) people saw some light on the theatre ceiling. Soon the light spread and there was a small hole in the ceiling and we could actually see flames. Whatever was above the sound proofed ceiling had caught fire and the heat actually caused the material of the ceiling to burn.

Then the most amazing thing happened, 50% people didn't care. They were gleefully looking up and not even caring to leave the theatre. I'm not talking about some false fire alarm, or smell of smoke, it was a real fire with flames and a burned hole in the ceiling!! The fire alarm didn't sound and no one from the theatre authority seemed to be around. I left and called some folks and they simply went to the terrace. All the noise now prompted some more people to leave but even at that time there were others happily watching as if the whole thing was a part of the movie.

Then even more amazing thing happened, the folks from the theatre came and said that the fire has been doused and re-started the show. The hall was smoky and the AC was off. Me and another guy (yea there were some more sane people around) caught hold of an official and he simply said he has checked and he can guarantee that everything is safe. I asked him that since he couldn't ensure that there is no fire in the first place how can he guarantee against a recurrence, he simply said I can get a refund of my ticket. Which I did and left the hall.

On the way back I had a revelation. From childhood I had seen that people around me had little care about safety in general, but this is the first time I figured out that people didn't even care about their own safety. How can a movie be worth taking the risk of sitting in a fire hazard zone and that too with small children on their lap is something I will never figure out.

A lot of things including the traffic situation and the weird jay walking I see around suddenly makes more sense to me.

Email ThisBlogThis!Share to TwitterShare to FacebookShare to Pinterest
Labels: Amazing India, Everything Else

Man, you missed an opportunity of 4D movie experience :)

Greetings from Washington DC.
I visited India for the first time this year and experience what you describe first hand. However, since it was my first visit, I also notice things that were even more alarming because I wasn't used to it.

e.g. On a train ride, I wanted to go to the bathroom. The conductor said I couldn't go until the train left the station. Fortunately i was able to hold it in until the train left. So I went in, did my thing, came out and ask why i wasn't allowed to go at the train station.
The answer still makes me mad.
Basically, the excrement gets dumped on the tracks and if I went to the bathroom at the station, people will see the filth. However, when it's dumped where "poor people" live, this isn't a problem. This happened in the state of MP a few months ago.
So a classic case of people not caring about others.
I suggested that a simple collection tank than gets emptied at the destination can prevent so much disease, etc but NO one cared.

Unfortunately you are right :(