Stylecop has been released 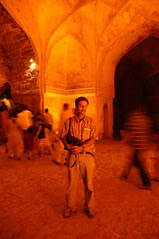 Microsoft released the internal tool StyleCop to public under the fancy yet boring name of Microsoft Source Analysis for C#. Even though the name is boring the product is not.

StyleCop has been in use for a long time internally in Microsoft and many teams mandate it's usage. My previous team VSTT used it as well. The only crib I had is that it didn't allow single line getters and setters (and our team didn't agree to disable this rule either).

I recently developed a command line interface and NAnt task for StyleCop as well called StyleCopCmd at http://stylecopcmd.sourceforge.net/.

I am reading this article second time today, you have to be more careful with content leakers. If I will fount it again I will send you a link