Forcing a Garbage Collection is not a good idea 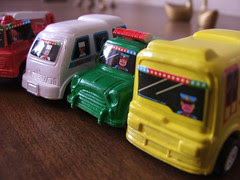 Someone asked on a DL about when to force a GC using GC.Collect. This has been answered by many experts before, but I wanted to re-iterate. The simple answer is

"extremely rarely from production code and if used ensure you have consulted the GC folks of your platform".

The "production code" bit is key here. It is always fine to call GC.Collect from test/debug code when you want to ensure your application performs fine when a sudden GC comes up or you want to verify all your objects have been disposed properly or the finalizers behave correctly. All discussion below is relevant only to shipping production code.

A lot of folks jumped into the thread giving examples of where they have done/seen GC.Collect being used successfully. I tried understanding each of the scenarios and explaining why in my opinion it is not required and doesn't qualify to make it to the rare scenario. I have copy pasted some of these scenarios with my response below (with some modifications).

In effect most usage are redundant.

Question is then what qualifies as a rare scenario where you want to do a GC.Collect. This has been explained by Rico Mariani (here) and Patrick Dussud (here).

Its almost always when you know for sure a GC run is coming ahead (which you completely understand and maybe confirmed with the GC guys of your framework) and you want to control the exact point when you want it to happen. E.g.in case of a game level end you have burned out all the data and you know that you can discard them and if you don’t GC will start after 6 frames of rendering in your next level and you are better off doing it now as the system is idle and you’d drop a frame of two if it happened in the middle of the next frame.

And obviously you call GC.Collect if you found an issue reported/discussed in the forums and you have figured out a GC bug which you want to work around.

I would highly recommend seeing this video where Patrick Dussud the father of .NET GC explains why apparent GC issues may actually be side-effect of other things (e.g finalizes stuck trying to delete behind the scene STA COM objects).

What is the problem with calling GC.Collect

So why are folks against calling GC.Collect? There are multiple reasons

Both 2 and 3 are GC implementation specific (differs across desktop and Compact GC) stressing the first point which is most assumption are implementation details of the GC and may/will change jeopardizing the attempt to try out-guess the GC when to run.