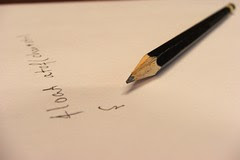 A lot of people speaking English natively forget the importance of mother language due to its predominance. They take their language for granted. However, each year a bunch of languages become extinct, the latest being Eyak, which got extinct exactly a month ago with the death of Marie Smith Jones the last native Eyak speaking person.

To me this day (21st Feb) is even more special because on this day in 1952 people in Bangladesh laid down their lives while demanding the right to use their own (and mine) mother language, Bangla.

I believe that if we don't actively try to preserve our mother language they will slowly become extinct. One of the most important things to preserve a language is to ensure that they are better covered by technology. Until XP complex script handling was not enabled by default. This resulted in Bangla and other Indic language to be rendered completely wrong on XP. This was a serious deterrent to use Bangla on Windows. I used to have Bangla signature in my email and got countless replies indicating the spelling is wrong. I always replied back to them about how to turn the complex script handling on. Things are changing rapidly, Vista has this on by default and with better keyboard and font support I'm sure using Bangla on Computers will become really easy.

Email ThisBlogThis!Share to TwitterShare to FacebookShare to Pinterest
Labels: Amazing India, Everything Else