Giving up on Ubuntu 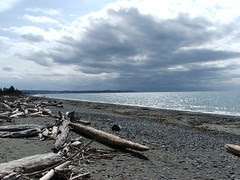 I have an old hp laptop (1.3 GHz, 512 mb RAM) lying around on which I'm trying to install Ubuntu. There's no reason for it, but I had just backed up all stuff on it to another machine and I thought I'll give Ubuntu a spin.

I downloaded Ubuntu 7.10 burned it onto a CD and booted it up. After that the experience so far has been real bad. I ran into all sorts of issue. Listed some of them below

I know the Linux fanatics will sham me as a fool and point me to all sorts of hacks and stuff I can do. The problem is that I'm really not interested in tinkering with installation, I'm used to them just work. I'm not an admin and couldn't care less about these things. For me getting it up and running so that I can do the stuff I wanted to do is more important.

Right now I'm at the point of giving up and moving to some other Linux distro. I'm out of touch with Linux for a long time (~6 years) and I guess I need to look around. Hopefully Red-Hat and Mandrake will work for me.

Email ThisBlogThis!Share to TwitterShare to FacebookShare to Pinterest
Labels: Software