Woohoo - Rosario November CTP is out... 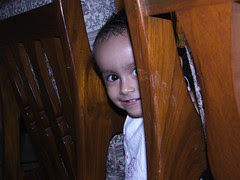 ...and I can finally talk about what I'm working on for the last so many months.

A small bullet in the list of features is Manual Test execution. What it means is that you can now record you manual tests and play them back. Yes, it means you have a UI record and playback feature in the Manual Test Runner!! It's not a full fledged UI automation solution for now. It is mainly targeted to speed up manual testing so that the manual tester can zip past the part which she is not interested in testing. E.g. the manual tester can record the login, purchase pages so that she can play them to directly land in the final checkout page and do manual actions/validations on it.

The solution works for web-UI (IE pages) and also has very limited support for Win32 applications.

I work as a part of the team that develops the record and playback (RnP) framework. It's been an excruciating working on a great technology but not being able to publicly talk about it. Thankfully that time has ended :)